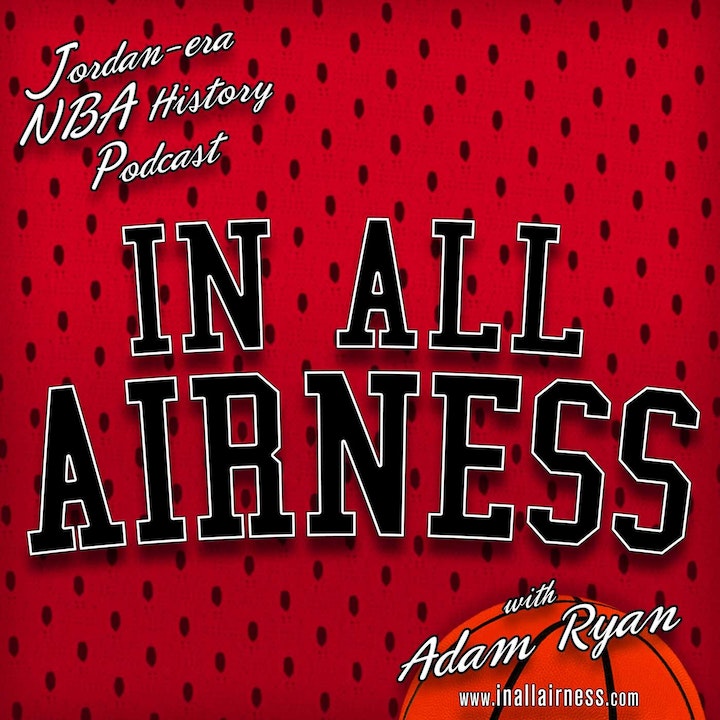 The Bulls owned the one-seed in the East, thanks to a dominant 61-21 record. Chicago brought out the broom to dispose of round-one opponents, New York, 3-0. The Bulls then handed Sir Charles and his 76ers a Gentlemen’s Sweep, eliminating Philly from the ECSF in five games.

The Pistons, meanwhile, entered the '91 Playoffs as the East’s third-seed (50-32). Their record was misleading, however, as team captain, Isiah Lord Thomas III underwent surgery on his right wrist in late January. He ultimately missed 32 games - the team went 18-14 in his absence - returning to the Pistons’ line-up in early April. Detroit went the distance in round one, holding off Dominique Wilkins’ Hawks (3-2). The ageing Boston Celtics extended Detroit to six games in the ECSF, before finally bowing out.

For context, Chicago and Detroit had met in each of the previous three postseasons. In 1988 it was the ECSF (Pistons 4-1). In 1989, Chicago went one better, meeting Detroit in the ECF (Pistons prevailed 4-2). In 1990, Chicago took Detroit to the brink of extinction in the ECF, before Detroit’s experience – and a deciding-game seven at The Palace of Auburn Hills – saw the Pistons advance to (and win) the NBA Finals for the second time in a row.

The Eastern Conference Finals, whilst often physical, were largely a non-event. Chicago cruised to a 3-0 lead w/ the opportunity to close out the series in Detroit and advance to the NBA Finals for the first time in franchise history.

The bruising nature of the series was punctuated in the second quarter of Game 4, as Scottie Pippen drove to the hoop, only to be confronted by two of the men responsible for Detroit’s iconic Bad Boys moniker.

With under 10 seconds left in the series, most of the Pistons left the floor, not waiting around for the final buzzer. Less than a handful remained to congratulate the Bulls on their victory.

Post-game, Daly said: “At this point, I think Chicago’s a better club than we are. Any club that can handle us four straight deserves to go to the Finals”.

From the ever-philosophical coach of the Bulls, Phil Jackson: “To say that this is unexpected, to sweep this team, is an understatement. But after losing to this team for three years, I think we deserve a shot”.

Michael Jordan added “We wanted to go through Detroit. There can’t be any tarnish now on what we do from here on in because we went through Detroit”.

The day after the Pistons were eliminated, in a cleverly-titled headline of ‘Four-Gone Conclusion’, the Detroit Free Press printed that the Pistons were just the fourth team in NBA history (through 1991) to have their championship reign end with a sweep the following year. The others? The 1957 Philadelphia Warriors and the 1983 and 1989 Los Angeles Lakers.

Meanwhile, for Chicago, years of frustration finally put to rest, the Bulls looked towards the 1991 NBA Finals. The beginning of a magical run that would result in six championships in eight years.