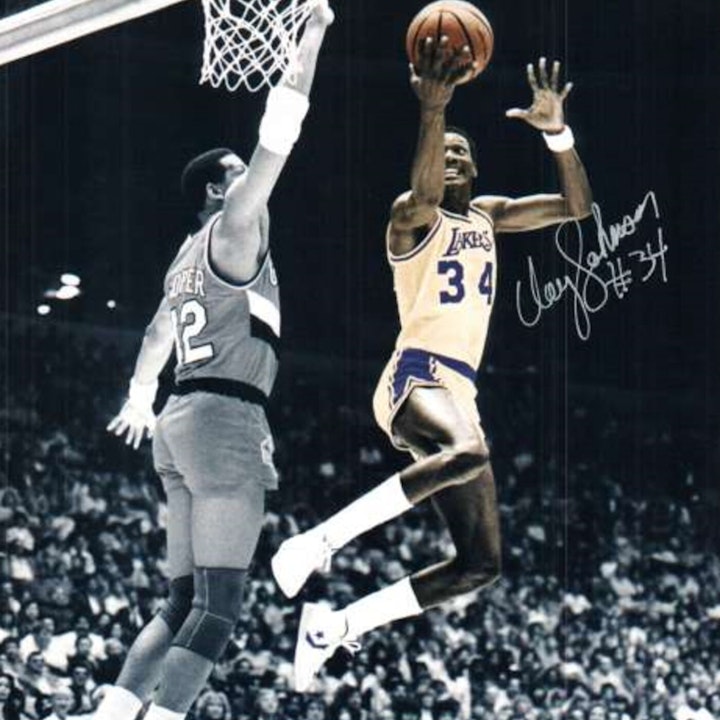 Clay discusses his childhood love of multiple sports - including three years playing soccer (football) - where he developed skills that he would use to his advantage, on a basketball court. His journey to the NBA almost didn't happen. Following high school, Clay contemplated a career as a plumber, before being convinced to attend junior college, where he became a two-time All-American at Penn Valley Community College. He still ranks (see pages 26 & 58) Top 10 for 'Rebounds in a Season' and 'Rebounds in a Career'. Atop these lofty achievements, he's also a member of the National Junior College Athletic Association (NJCAA Region XVI) Hall of Fame.

Johnson was recruited to the University of Missouri, by Coach Norm Stewart. As a junior, Clay scored a career-high 39 points, in a game against Colorado. In his senior season, he was a team captain, hitting a game-winning jump shot, to advance Mizzou to the second round of the Big Eight Postseason Tournament. Remarkably, with a losing record (14-15), the team (also featuring Larry Drew) qualified for the 1978 NCAA Tournament. In his final game as a Tiger, Clay torched Utah for 30 points.

We talk about the 1978 NBA Draft, where Clay was selected by the Portland Trail Blazers in the fifth round. Clay recalls his experiences playing in the Summer Pro League and some NBA preseason games. He was waived by Portland, before the regular season commenced.

In August of 1981, Clay signed as a free agent with the Los Angeles Lakers. He had to wait until April of 1982, to make his NBA debut - as fate would have it - against Portland, the team that first drafted him, back in 1978.

We chat about Jeff Pearlman's excellent book, Showtime, where Clay is quoted on his dislike of (Lakers) Coach Paul Westhead. He contrasts that, with the high esteem he holds for Coach Pat Riley, who Johnson played under, during his two seasons with the Lakers. Clay was a member of the Lakers' 1982 NBA Championship squad. We talk about his experiences on that team and playing alongside (future) Hall of Famers, including Kareem Abdul-Jabbar, Magic Johnson and James Worthy.

Clay's last NBA season was 1984, as a member of the Seattle SuperSonics. After failing to come to terms with Coach Lenny Wilkens, Johnson returned home to Missouri, joining the CBA's