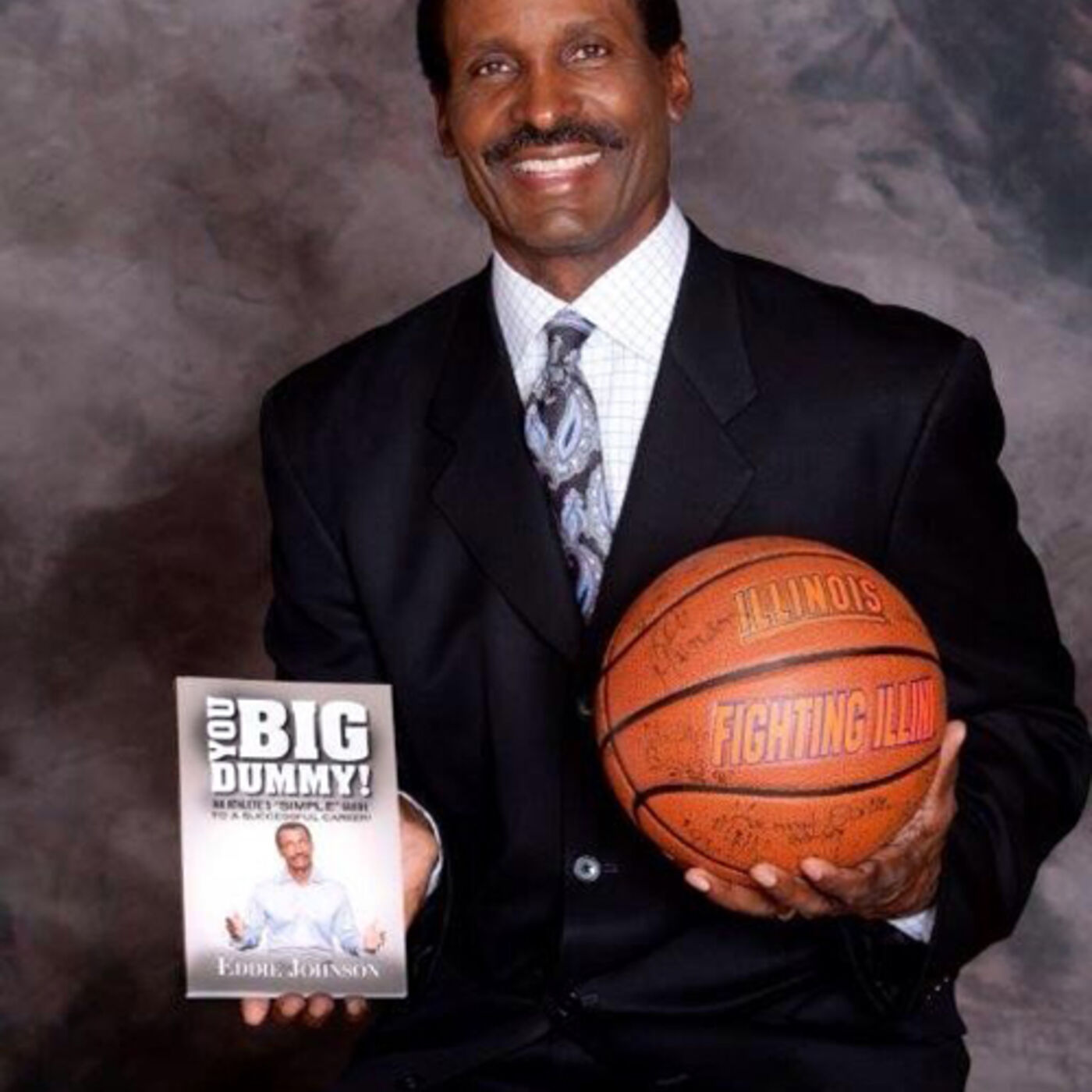 NBA Sixth Man of the Year, Illinois great, TV analyst and author, Eddie Johnson. The timing of this episode is perfect. Eddie was recently honored, in a half-time ceremony, at Illinois, commemorating the 35th anniversary of his game-winning jumper, against Magic Johnson and the Michigan State Spartans.

We learn about Eddie's early sporting career and how he first became involved with basketball. He chats fondly of his playing days at Westinghouse High School, where he first appeared on the national radar. We discuss his great college career, where he was a four-year star at the University of Illinois at Urbana-Champaign. Eddie talks about his return to Illinois, just last week, as mentioned above. We also touch on his collegiate link to future NBA star, Derek Harper.

We cover Eddie's memories of 1981 NBA Draft day and the motivating factors that ensured his place within NBA history. Eddie chats candidly about his professional career, where he was a scoring machine with the Kansas City Kings (who became the Sacramento Kings, after the 1985 season). We chat about his three (full) seasons in Phoenix, where he won (1989) the NBA Sixth Man of the Year Award. We talk about his trade to the Seattle SuperSonics, his one season in Charlotte and decision to play overseas, in Greece (1994-95).

Eddie talks about his return to the NBA, for the 1996 season, as a free agent addition of the Indiana Pacers, before ultimately signing with the Houston Rockets in March of 1997. We talk about Eddie's vital role on a Houston roster, loaded with future Hall of Fame players. I was also compelled to ask Eddie about his incredible buzzer-beating, game-winning three-point shot in the 1997 Western Conference Finals, too.

We round out this great conversation, chatting about his post-NBA career. Eddie has been as a TV analyst for well over 10 years and recently found time to publish a book - with a fantastic title - that he eloquently explains, during the interview. We even find time to chat about a guy named Michael Jordan, plus plenty more topics.