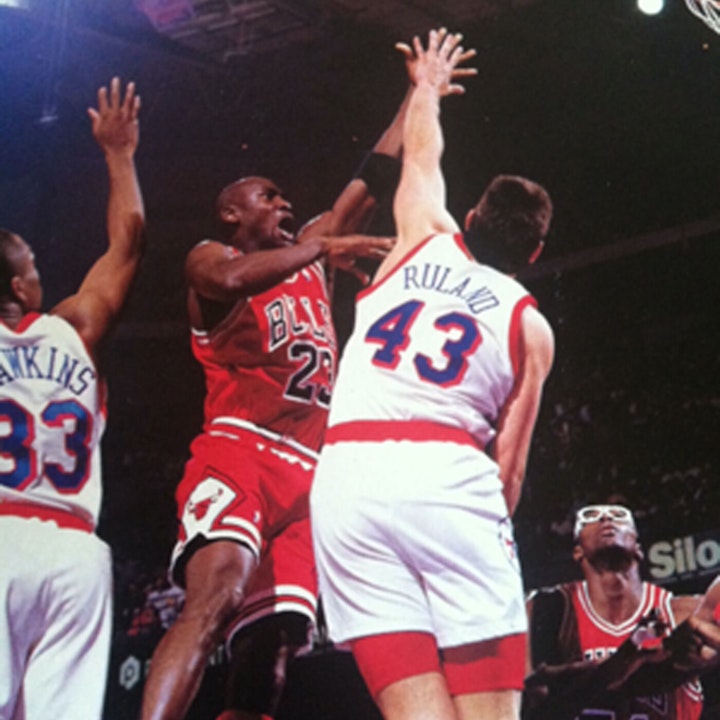 High School All-American, NCAA great and NBA All-Star, Jeff Ruland. Jeff discusses his early sporting life and the major growth-spurt that coincided with his decision to focus on basketball. He was named High School All-American in the same class as Magic Johnson and was heavily recruited across the country. We chat about his decision to remain in New York and commit to Iona College, led by future luminary, Jim Valvano.

Jeff opens up about the 1980 NBA Draft and why he opted to head overseas and play in Spain, before commencing his rookie season in 1982. We talk about Jeff's excellent first three full seasons, that resulted in NBA All-Star selections in 1984 and 1985. Jeff recalls Michael Jordan's debut game in the NBA and the rude awakening that MJ would receive on his first dunk attempt in Chicago Stadium.

We chat about the impact of the Showtime Lakers and Boston's Big Three, plus, the onset of injury issues that began to halt Jeff's career. We also talk about one of the most memorable trades in NBA history; the Bullets' decision to trade Jeff to Philadelphia, in exchange for Moses Malone. Jeff details his (first) retirement from the NBA in 1987 and how he went back to college to complete his degree, before making his remarkable comeback attempt in the 1992 season.

We also learn about the successes of Jeff's coaching career, that are also mixed with trials and tribulations you need to hear to fully comprehend. Our conversation covers a broad-range of interesting topics and is an open and engaging look at one of basketball's most underrated careers, ever.