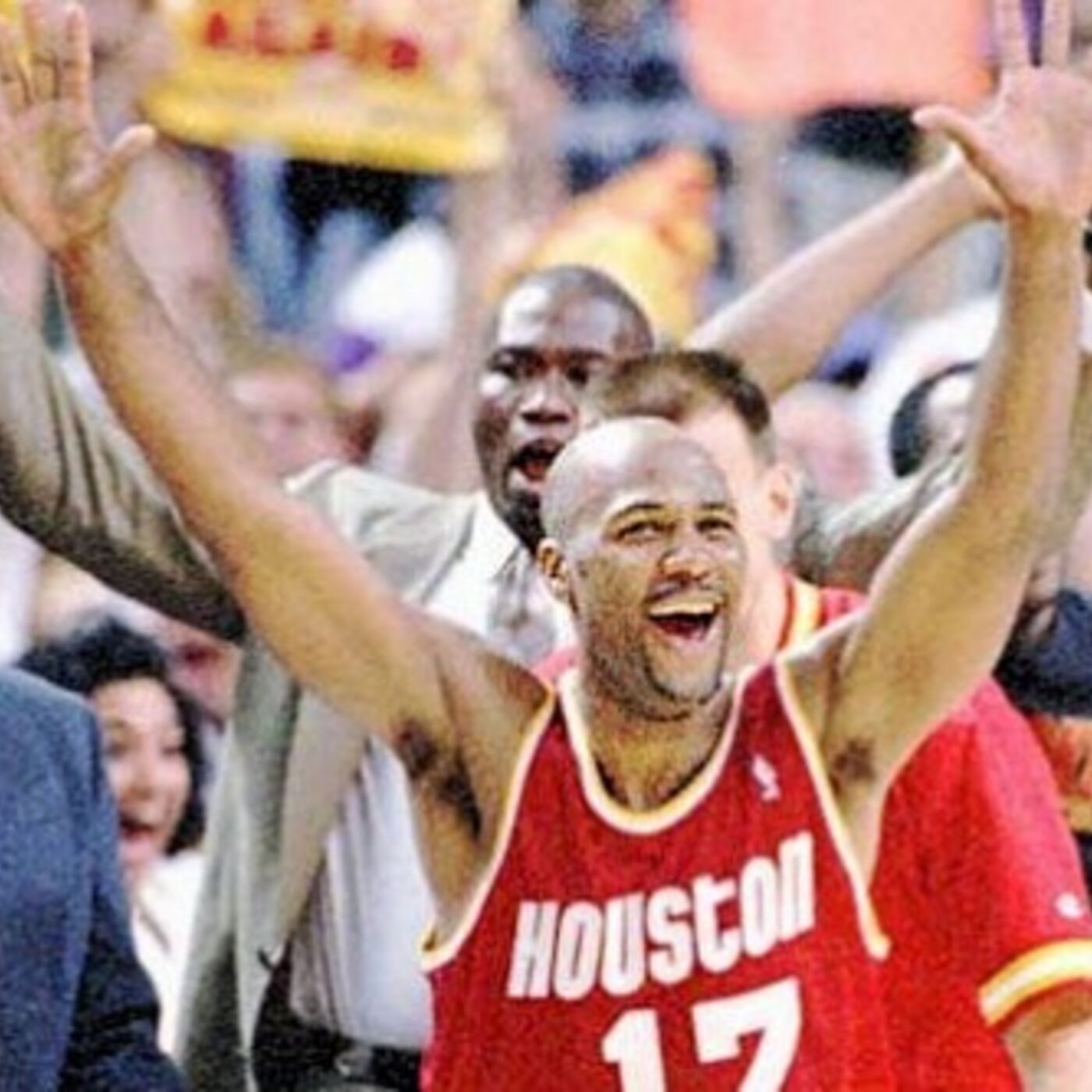 Three-time NBA Champion and one of Houston's Top 10 Players of all-time, Mario Elie.

Many years before he joined the Golden State Warriors, Mario was teammates with future Hall of Famer, Chris Mullin. We reminisce about Mario's HS career and decision to play for American International College. He had a stellar run and was named Conference Rookie of the Year (1982), three-time All-American and led his division II team to the Elite Eight in the 1985 NCAA Tournament. He was inducted into AIC’s Hall of Fame in 2005, and earlier this year, had his #41 jersey retired.

The Milwaukee Bucks selected Elie with pick 160 (7th round) in the 1985 NBA Draft. His first NBA game was more than five seasons later (Dec 28, 1990). In the interim, Mario played in numerous countries across Europe - Ireland, Argentina and Portugal, to name a few - further developing his game. He returned to home soil and played in developmental leagues across America, including the USBL, WBL & CBA (where he would become an All-Star).

In December, 1990, Mario's NBA opportunity arrived, courtesy of then-76ers GM, Gene Shue. The countless miles of travel and perseverance paid off. After a brief stint with Philadelphia, Mario signed with Golden State, where he played alongside the famed 'Run TMC' (Hardaway, Richmond & Mullin). Two seasons later (1993), he was a Trail Blazer.

We chat about the moment Mario found out he was traded to the Rockets, and deep dive into his career with Houston, where he played five seasons and won two NBA Championships. In the do-or-die Game 7 of the 1995 Western Conference Semi-Finals, he made one of the biggest shots in NBA history – affectionately known as the ‘Kiss of Death’. He shares the details of how that famous show of emotion, came to be.

Prior to the (1999) lockout-shortened season, Mario signed as a free agent with San Antonio, where he won his third NBA title. He talks about his key role in Sean Elliott's Memorial Day Miracle and the leadership of Hall of Famer, David Robinson, and (future Hall of Famer) a young Tim Duncan. I even find a way to briefly talk about another teammate of Mario's, Australian legend, Andrew Gaze.

Recently, the Houston Rockets celebrated the 20th anniversary of their back-to-back NBA Championships. Mario talks about that experience and the joy of re-connecting with many of his friends and former teammates, including Vernon Maxwell, Sam Cassell, Robert Horry, Clyde Drexler, Hakeem Olajuwon, Otis Thorpe, Kenny Smith, Chucky Brown, Rudy Tomjanovich and more.

We round out the discussion, by chatting about Mario's coaching background. He has worked as an NBA assistant coach for the best part of ten years. He discusses those experiences, his future ambitions at the highest level and the ultimate moment of his career, to date.