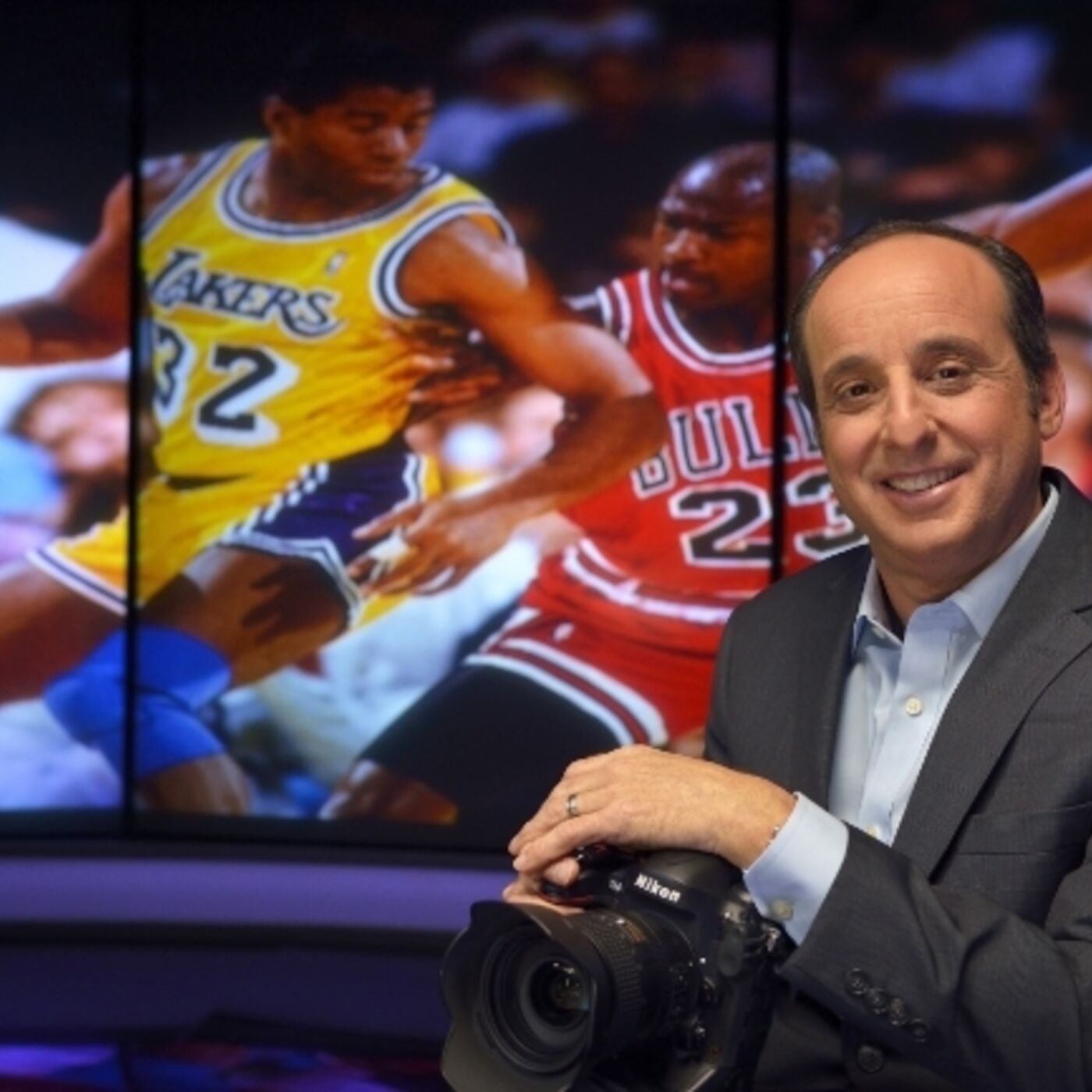 He hasn't played a single minute in the NBA. However, Andy Bernstein is a perennial contender for league MVP (Most Valuable Photographer). The 2017 NBA Finals marked the 35th-consecutive time that Andy has covered the Association's showcase event.

We discuss Andy's rise from amateur shutterbug - his love for the camera was fostered by a (teenage) trip to the Western United States with his dad - to becoming one of the world's greatest sports photographers.

Highlights of our conversation include Andy's memories of an iconic rendition of the national anthem at his first All-Star Game (1983), his crucial involvement in creating the (taken from his bio) position of Senior Director of NBA Photos - a position he held for 25 years - a discussion about the meteoric changes in camera technology over recent decades and of course, he details wonderful stories behind how some of his most-historic photos came to be.

Links discussed (include):
* Marvin Gaye's amazing performance at the 1983 NBA All-Star Game
* Follow Andy's wonderful output on Instagram
* Journey to the Ring: Behind the Scenes with the 2010 NBA Champion Lakers