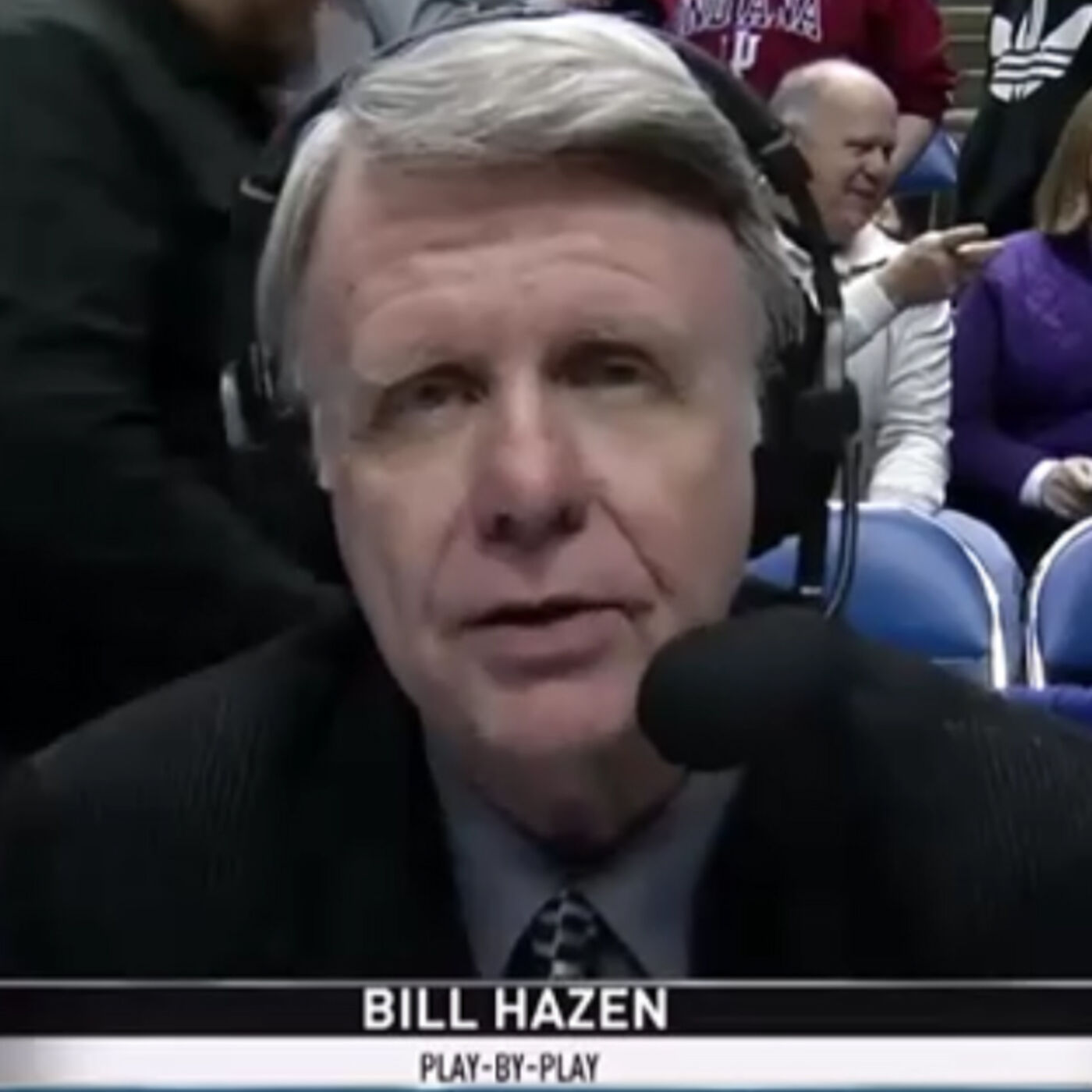 Hazen previously appeared on the finale of our #NB85 series. However, that was an edited-down version, relating solely to the 1985 Chicago Bulls. This is the entire conversation, covering Bill's whole career, to date.

Bill discusses his career in broadcasting. His journey began in Columbus, Indiana - working as a disc-jockey and producing commercials - before he landed "the break of a lifetime" and moved to Milwaukee, becoming Sports Director for WISN Radio. This also gave Bill the opportunity to call play-by-play for the Marquette Golden Eagles, surrounded by luminaries Al McGuire, Hank Raymonds and Rick Majerus.

Later, Bill took a job as a sports broadcaster and talk-show host, at Houston's KTRH. As circumstance would have it, when the talk show was not on the air, the station broadcast Houston Rockets games. Bill then worked play-by-play on TV games, for the Rockets' late-1970s teams, calling names like Moses Malone, John Lucas and Rudy Tomjanovich, to name a few.

You'll hear some amazing accounts of Michael Jordan's first season in the NBA. Hazen was in attendance at Angel Guardian Gym - the Bulls' practice facility for Jordan's rookie season - he watched Michael shake hands with new coach, Kevin Loughery, before training camp had even commenced.

We reminisce about some of the great moments during Jordan's first season as a pro, including this remarkable piece of commentary that Bill exclaimed, in November, 1984.

Another stellar piece of Bill's commentary, was later used in the iconic advertising campaign, 'America's Game / NBA Action: It's FANtastic'.

We also discuss Bill's early use of computer technology to prepare for games and the dismantling of numerous personnel - coaches, executives and broadcasters - following the Bulls' 1985 season.

In the mid-1990s, Bill worked for ESPN International, recording live audio to accompany 'Game of the Week' packages, distributed overseas. Also at this time, Bill called games for the NFL and produced live audio for the 1995 MLB World Series.

We conclude our wide-ranging conversation, chatting about Bill's production company.

Editor's note: sign-up for the monthly newsletter - receive exclusive details on upcoming podcast episodes and future, high-profile guests to appear on the show.