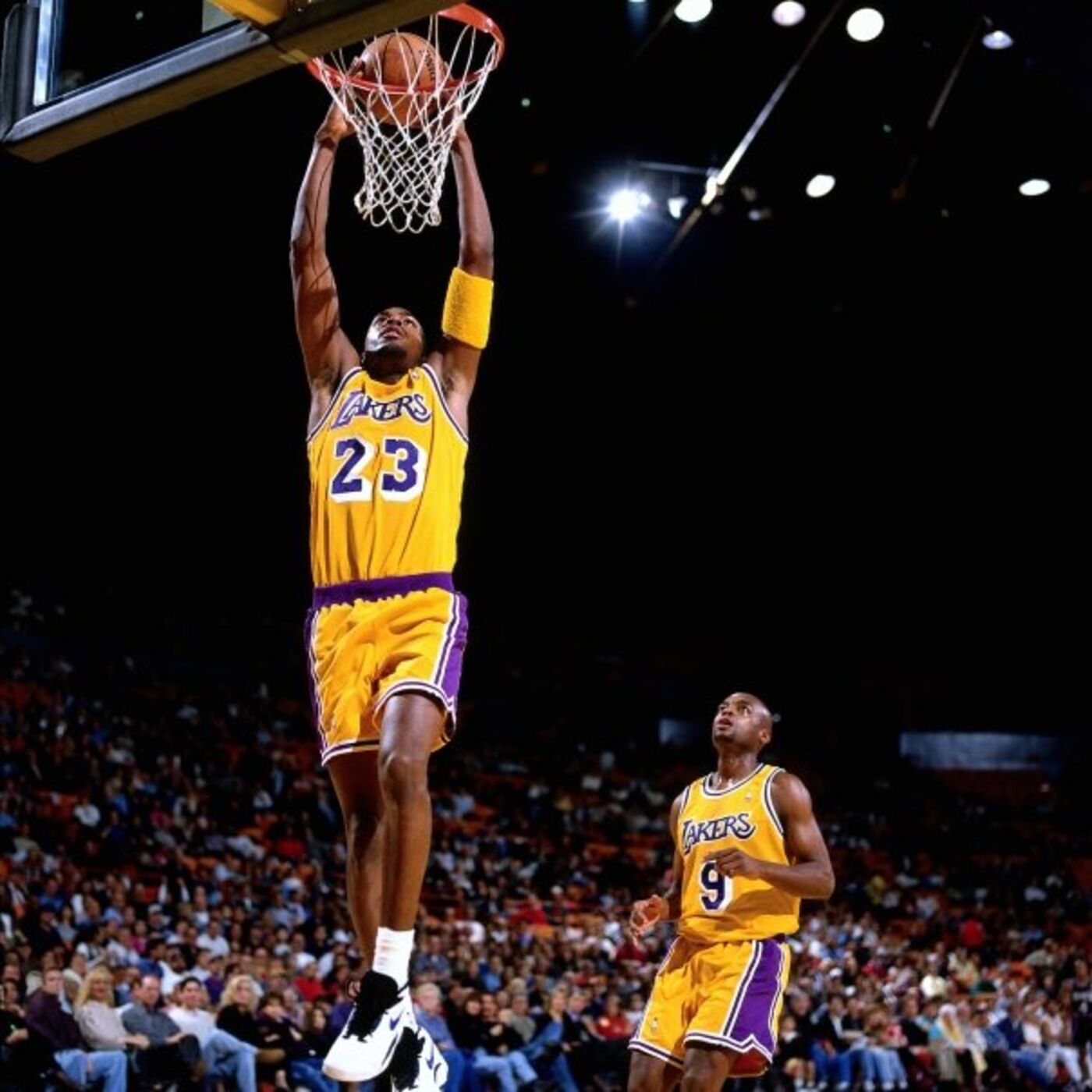 Prior to delving into Cedric's on-court prowess, we talk about his love for music and the famous album, 'Basketball's Best Kept Secret', featuring Dana Barros and many others.

Little-known fact: Cedric was a ball-boy at the 1984 Los Angeles Olympics. Ceballos went on to star at Ventura College, before playing his junior and senior seasons at Cal State Fullerton - where he was scouted by Jerry West - averaging better than 22 points & 10 rebounds per game.

Cedric discusses the 1990 NBA Draft, and his flurry of emotions, waiting to hear his name called. He was selected 48th overall, by the Phoenix Suns. Ced talks about his transition from college, and learning the game from veterans like Tom Chambers, Eddie Johnson & Dan Majerle.

Our conversation also uncovers fascinating details behind Dee Brown's victory - punctuated by his memorable, pumping-up of the Reebok shoes, and 'Blind Dunk' - in the 1991 Slam Dunk Competition.

Cedric won the 1992 contest, finishing with his famous 'Hocus Pocus' jam, dedicated to Magic Johnson. Few people know, that Cedric & Dee competed in a college dunk contest, at the Orlando All-Star Classic. 25 years later, prepare to hear the inside story that will change most of what you know about the history of the NBA's 1991 Dunk Contest.

We break down the 1993 season. Paul Westphal was named as coach, the Suns traded for Charles Barkley and Cedric led the league in field-goal percentage (57.6). Phoenix steamrolled the league, en route to 62 wins and the number-one seed in the Playoffs. The Suns survived their first-round series against the upstart Lakers, with an overtime victory in the fifth and deciding game.

Injury hit Cedric at the worst possible time. He broke his foot during the 1993 Western Conference Finals; missing the NBA Finals against Michael Jordan, Scottie Pippen and the Chicago Bulls. He talks about the emotions of supporting his team from the sidelines.

We cover Cedric's trade (September, 1994) from Phoenix to the L.A. Lakers, where he enjoyed NBA-career highs in scoring, rebounds and assists. Ceballos was named an All-Star, however, an incident with Dikembe Mutombo, days prior to the 1995 All-Star Game, led to Cedric missing the game due to injury. In a cruel twist of fate, Mutombo would receive his second All-Star nod.

Magic Johnson returned to the NBA during the 1996 season. Cedric talks about co-captaining the Lakers with Nick Van Exel, the impact of Magic's return and how it felt to miss the opportunity to challenge for a title, playing alongside one of the all-time greats.

Cedric appeared in the iconic movie, Space Jam. We talk about his memories of the experience and the effect it continues to have on his life. He also opens up about playing basketball inside The Jordan Dome - the purpose-built workout facility, constructed for Jordan's use, during downtime around the filming of the movie.

During the 1997 season, Ceballos was traded bac