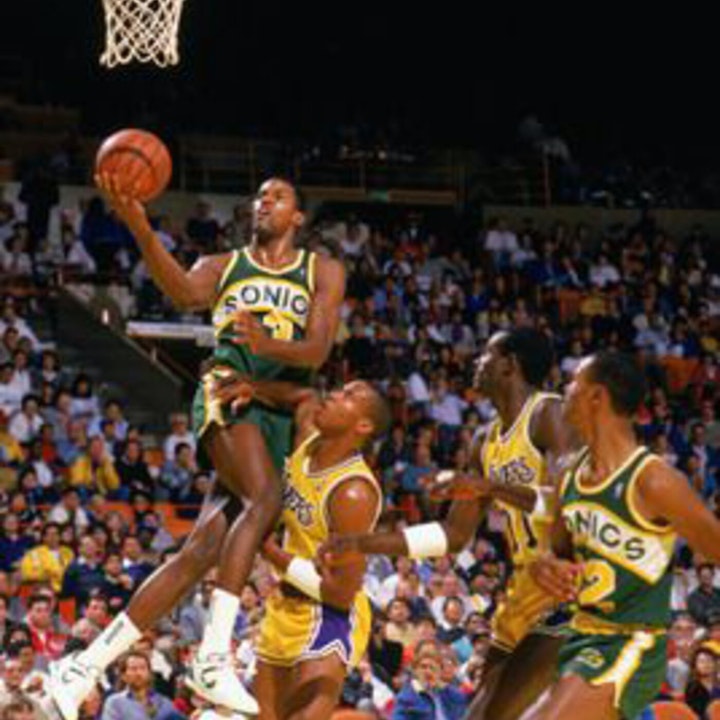 We discuss Dale's high school basketball days, followed by his outstanding four seasons with the Tennessee Volunteers, where he was twice named All-American.

Dale talks about his whereabouts on NBA Draft Day, 1983, when he was selected ninth overall by the Dallas Mavericks. We cover his three seasons with the Mavs, playing alongside fellow draftee Derek Harper, including these memorable finishes to games against the mighty Los Angeles Lakers.

Dale discusses his trade from Dallas to Seattle, where he set the NBA record for highest, single-season scoring increase - from 7.1 (1986, Dallas) to a staggering 24.9 points per game (1987, Seattle). Ellis also won Most Improved Player and in that year's Playoffs, dominated his former team, helping steer the Sonics to the Western Conference Finals.

We chat about some of the many great players that Dale played with, including Nate McMillan, Gary Payton, Shawn Kemp, Tom Chambers, Xavier McDaniel, Avery Johnson, Dennis Rodman & David Robinson.

Of course, with Dale Ellis as my guest, I had to ask about his incredible three-point shooting prowess. Dale was the first player in NBA history, to make 1000 three-point field goals. He competed in numerous Three-Point Shootouts, too, including the iconic match-up with Larry Bird, in 1988 at Chicago Stadium.

When Dale mentioned Michael Jordan, I didn't need to be told twice, to ask more about their battles over the years. He recalls some funny stories and talks about MJ's greatness.

Dale reminisces about his fantastic 1989 season. Aside from averaging a career-high 27.5ppg and being named to the All-NBA 3rd Team, he had an All-Star Weekend for the ages, winning the Three-Point Shootout and then scored 27 points the following day, for the Western Conference All-Stars. Dale also shares a great All-Star story, talking about his idol, Kareem Abdul-Jabbar, plus, playing with future Hall of Famer, John Stockton.

We also discuss his seasons spent with the Milwaukee Bucks, San Antonio Spurs, Denver Nuggets and his return to Seattle in 1998, where he would lead the NBA, connecting on a staggering 46.4% of his three-point field goals.

Last year (2014), Dale became just the fourth player to have his jersey retired, by the University of Tennessee. He discussed memories of his teammates, and how graduating from college (1985) was the hardest thing he has ever done in his life.

We talk about the Inaugural 2015 Breakthrough Atlanta Celebrity Basketball Game, where Dale will lead his squad against former teammate, Dikembe Mutombo. Click here to learn more about this game.