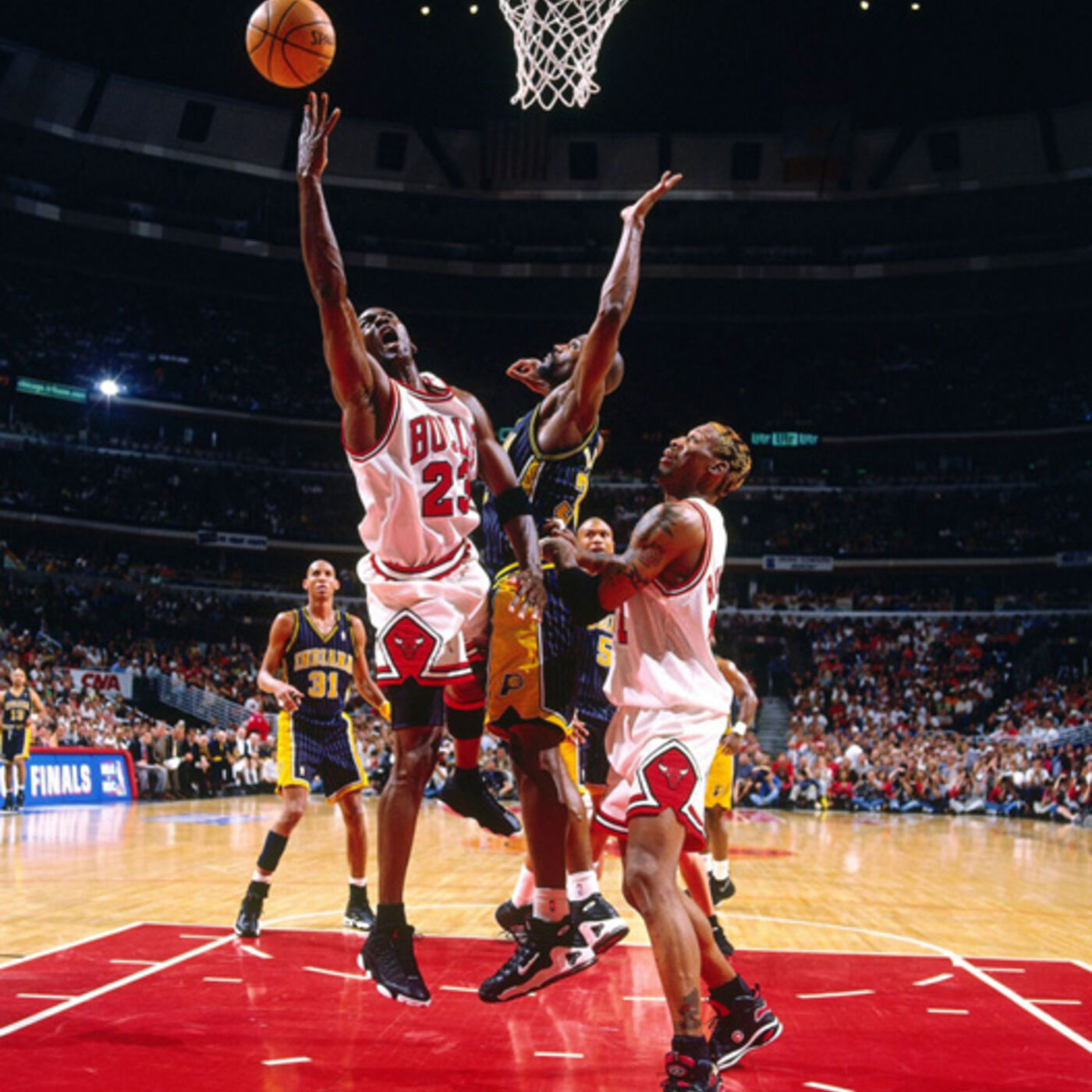 Adam andJeffdiscuss Chicago's must-win Game 7, to clinch the Eastern Conference andmake a sixth trip to the NBA Finals - May 31st, 1998 - the Bullstake on the visiting Pacers, at the United Center.

We cover all the key aspects of thegame. We discuss the NBC broadcast and its commentary team of BobCostas, Doug Collins, Isiah Thomas, Ahmad Rashad and Jim Gray. Wechat about Indiana's rookie coach, the iconic Larry Bird, and hisdrive to give the Pacers their first-ever trip to the NBA Finals.Conversely, Phil Jackson dubbed this 1998 season, The Last Dance.Something had to give. We talk about each team’s roster and ourmemories and opinions on this do-or-die match-up.

As per usual, the conversation isscattered with humor and plenty of insight. A must-listen, fordie-hard NBA fans, regardless of the team you support.