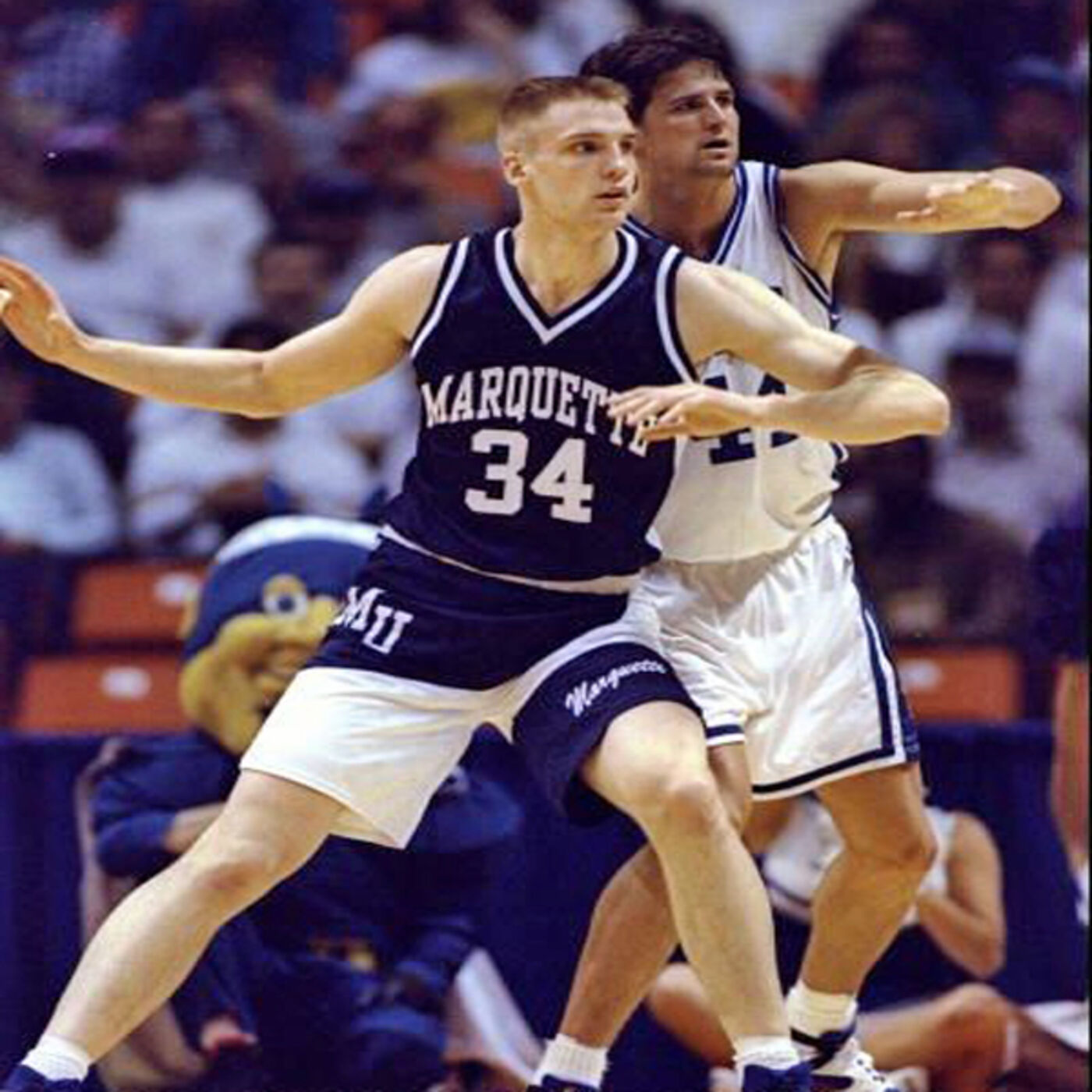 Marquette star and NBA veteran, Jim McIlvaine. In a first for the podcast, this conversation will be released in two installments. Our chat was almost two hours, in length – I’m pretty sure that Jim’s wife had the authorities on speed dial, ready to report him missing – however, all’s well that ends well – Jim returned to normality at its conclusion and I couldn’t be happier with the finished episode.

In part one, we discuss Jim’s early years playing basketball and learn a great deal about his college career, where he was a stand-out at Marquette. This includes a funny story about Marquette’s early 1990s exhibition series that touched down here in Australia, then onto New Zealand and Fiji – complete with a near international incident. Also, if you’re a fan of the great documentary, Hoop Dreams, you won’t want to miss this chat.

We talk about the 1994 NBA Draft and Jim’s two seasons in Washington, playing for the Bullets. He openly-discusses his free-agent move to Seattle – a contract widely debated at the time and still mentioned on occasion, to this day. On top of this, we learn about the importance and value of the National Basketball Retired Players Association (the NBRPA), of which Jim is a lifetime member.

You’ll be hard-pressed to find a more open, honest and engaging guy, than Jim – I’m confident you’ll enjoy this conversation as much as I did, recording it. Thank you, Jim, for your generous availability.

Part two of this conversation will examine Jim's career in Seattle, his trade to the New Jersey Nets and injuries that ultimately led to his NBA retirement. We also discuss Jim's broadcasting career, great basketball movies and his classic encounter with Gene Hackman.

We’re now in the final days of 2013, as this episode is released. I hope you thoroughly enjoy the holiday season and have a great New Year. Exciting plans are ahead for 2014 – I hope that you continue to join me on this podcast journey. Thank you very much for your support.