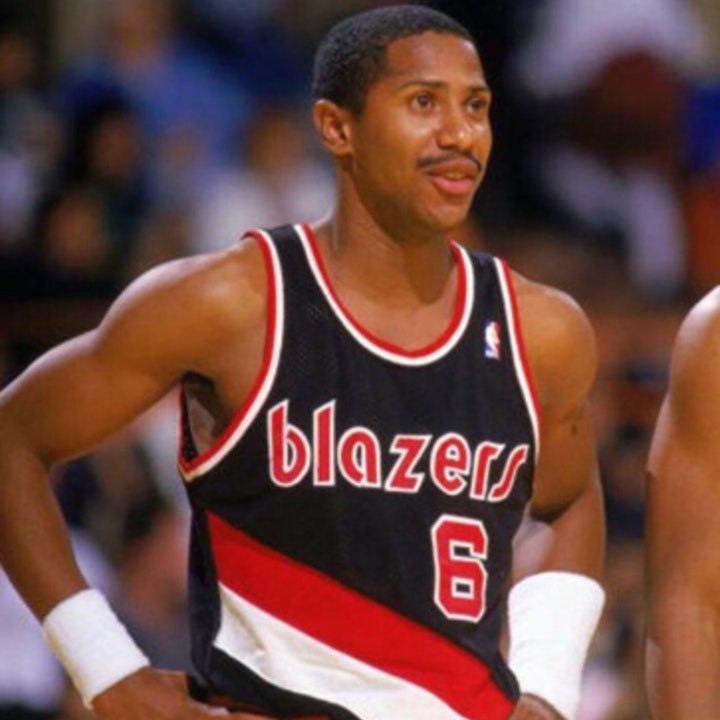 Michael was a great player in high school. As a senior (1979), he averaged 27 points per game. He discusses his fondest memories of playing high school basketball. Fifteen years later – when Michael entered the coaching ranks – he’d reunite with his high school coach, George Terzian. Michael also talks about his decision to sign with the UCLA Bruins.

Michael was a starter as a freshman and was named the Bruins’ outstanding first-year player. He recalls his initial fear of perhaps not being good enough to succeed on the next level – that fear was quickly allayed. After winning only eight of the first 14 games, the Bruins caught fire at the perfect time; steamrolling through the 1980 NCAA Tournament, all the way to the Championship Game versus the Louisville Cardinals. For perspective, here’s the list of teams that UCLA defeated and some of the big-time players Michael encountered:

In the 1980 Championship game, UCLA lost 59-54. The Cardinals were littered with future-NBA players: Darrell Griffith, Derek Smith, Rodney McCray & Jerry Eaves. Michael reflects on that amazing run to the final.

Holton’s freshman season was the senior year for Kiki VanDeWeghe – who went on to star in the NBA, notching-up seven seasons of 20-plus points per game in the 1980s – Michael talks about the importance influence of the Bruins’ junior and senior players.

As a sophomore in 1981 (outright) and junior in 1982 (tied with Ralph Jackson), Michael was named the Bruins’ Outstanding Team Player. UCLA made the second round of the 1981 NCAA Tournament, but missed the post-season in 1982. Former guests and friends of the show, Mark Eaton and Nigel Miguel, joined the Bruins around this time, too. Michael talks about the transition from (coaches) Larry Brown to Larry Farmer.

As a senior, Michael was named captain and led the team in free-throw percentage. His college career ended (1983) with a second-round exit to the Utah Utes. After reaching the title game as a freshman, Michael contrasts his feelings about exiting the tournament early (as a senior).

We discuss the 1983 Draft. Michael’s opportunity to play in the NBA would have to wait one season. After Golden State waived him (October, 1983), he signed with the Coquis; the Continental Basketball Association’s (CBA) newly-minted expansion franchise. The Coquis made it to the playoffs, before bowing out to Phil Jackson’s Albany Patroons in the semi-finals.

In late September of 1984, Michael signed with the Phoenix Suns as a free agent – joining former Bruins teammates, Mike Sanders and Rod Foster. Holton recalls the step-up from Puerto Rico to the Suns. His Suns met the would-be NBA Champion, L.A. Lakers, in the first round (0-3) of the 1985 Playoffs. Hear this and much more in our chat.