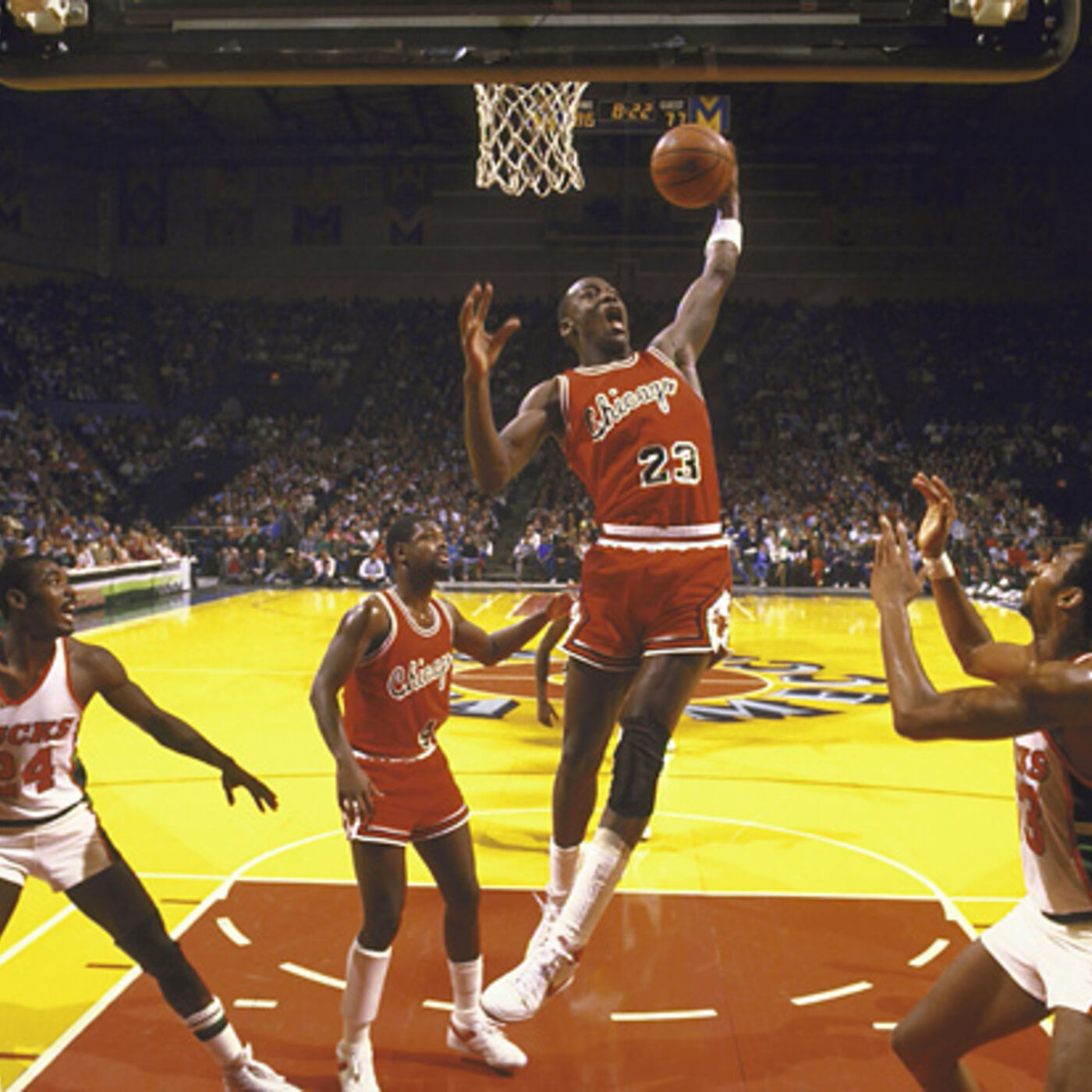 In this episode, we discuss numerous happenings from the first 15 days of the 1984-85 NBA season. We talk about the debut of future Hall of Fame players - Charles Barkley, Hakeem Olajuwon & John Stockton, then detail the Bulls' (late October) home-and-home series with the Bucks.

We chat about Stockton's unwitting role in a Seattle radio station contest; his last-ditch shot had one-million dollars riding on it. In more random news of the era, Kareem Abdul-Jabbar's BMW succumbs to foul play (no pun intended). We also talk about the NBA's best-performing players, milestones reached, the infamous Julius Erving & Larry Bird fight and much more.