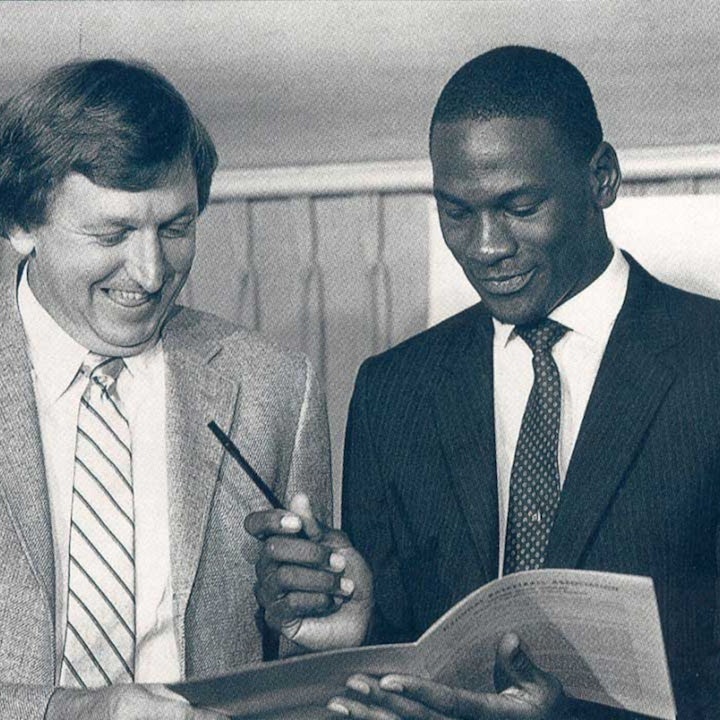 In this episode, we discuss the lead-up to the Bulls' signing of Michael Jordan (September, 1984); including newly-discovered details that his first-pro contract may not have been what we thought it was. Thanks to Roland's Lazenby's, Michael Jordan: The Life and Julie Strasser's, Swoosh: Unauthorized Story of Nike, we cover Nike's play to obtain MJ's signature and discuss whether or not Adidas & Converse had a real chance to lure him away. We're also pleased to detail all seven games from Michael Jordan's first preseason with the Chicago Bulls (October, 1984).

After listening to this, our fifth episode, you'll be anticipating our next installment - we'll discuss Michael Jordan's regular-season debut - the day that NBA history would be changed forever.