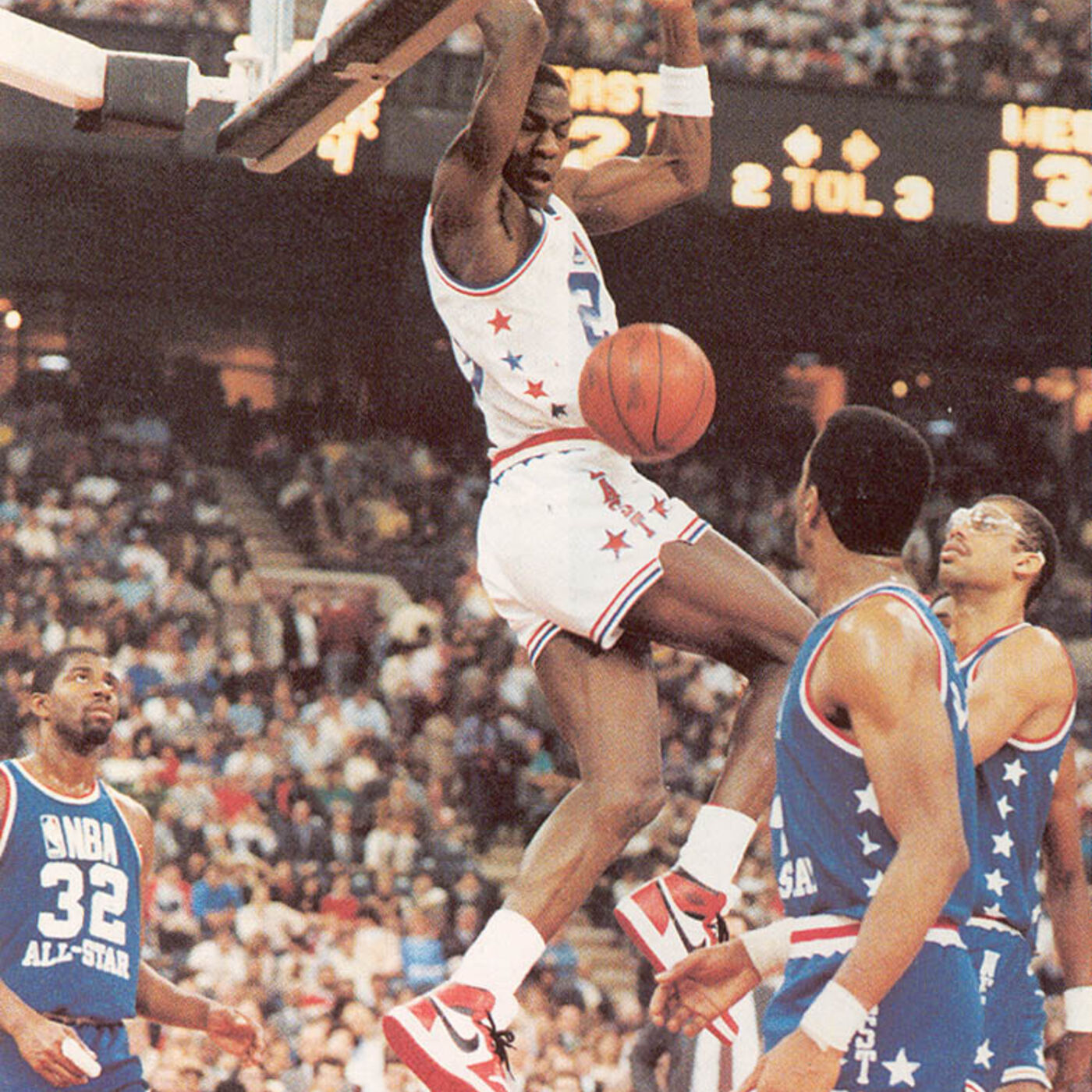 In this episode, we break down the NBA's thirty-fifth All-Star Game. The game was played at the Hoosier Dome in Indianapolis, Indiana, in-front of a then-record NBA crowd of 43,146. We were fortunate to have access to the game DVD, giving us plenty of topics and moments to talk about, including the alleged 'freeze-out' of Michael Jordan, supposedly led by Isiah Thomas.

We chat about Alex English and his humanitarian efforts. Following encouragement from Alex, his fellow stars donated their game payments to an Ethiopian relief effort. The game itself was played at a fast pace, led by perennial All-Stars, Magic Johnson and Isiah Thomas. Michael Jordan and Hakeem Olajuwon - who finished with similar stat-lines - were the only rookies who played in the game.