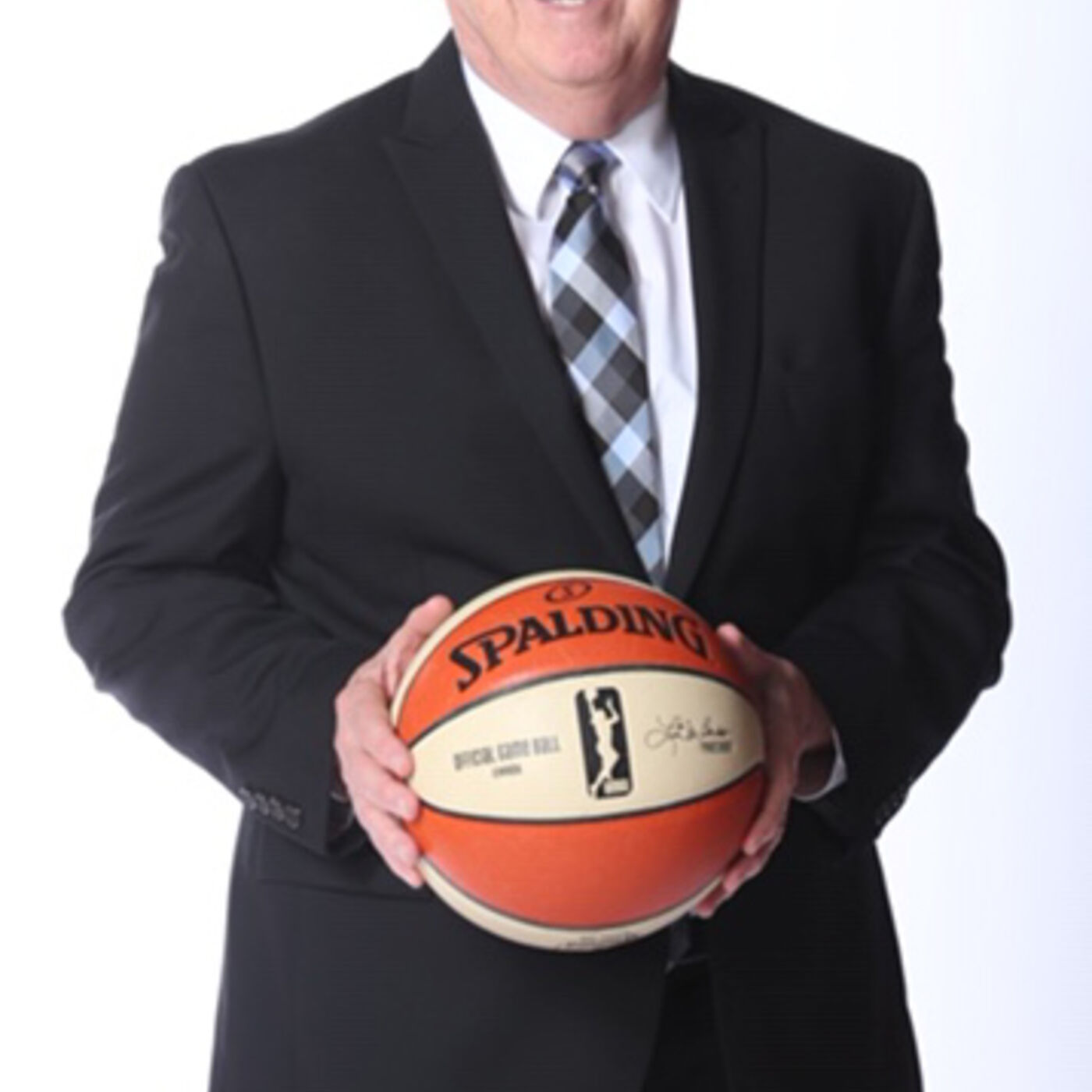 Washington Mystics Head Coach and General Manager, Mike Thibault. Our wide-ranging conversation examines a multitude of great topics. Thibault's (pronounced Tee-bo) coaching career began in the 1970s. Before the decade ended, he was scouting for the L.A. Lakers and contributed to the team’s 1980 and 1982 NBA championships.

We discuss Mike's move to Chicago, where he was an assistant coach for the Bulls for four seasons (1983 through 1986). He scouted the top-three picks - Olajuwon, Bowie and Jordan - in the iconic 1984 NBA Draft. Mike details Chicago’s approach to that draft and the behind-the-scenes decision making that led to Michael Jordan's selection. Plus, you’ll hear just how close the Bulls came to selecting a future Hall of Famer in the 1985 draft.

After a year at the helm of the inaugural World Basketball League's (WBL) Calgary 88's, Mike took over another first-year franchise. This time, the Continental Basketball Association's (CBA) Omaha Racers. From 1989 through 1997, he steered the Racers to eight-straight playoff appearances - winning the CBA title in 1993.

In 1998, Mike returned to the NBA. He was a scout for George Karl in Seattle, before joining Karl - as his assistant coach - in Milwaukee (through 2002).

In late 2012, Thibault took over as head coach of the Washington Mystics. In the two seasons prior, the team went 11-57. He led the franchise to postseason play in each of the first-three seasons. In 2018, the Mystics made it to the finals - the first time in franchise history.

Mike reflects on his memories of the 2008 Beijing Olympics. He was assistant coach on Team USA's gold-medal winning women's team.