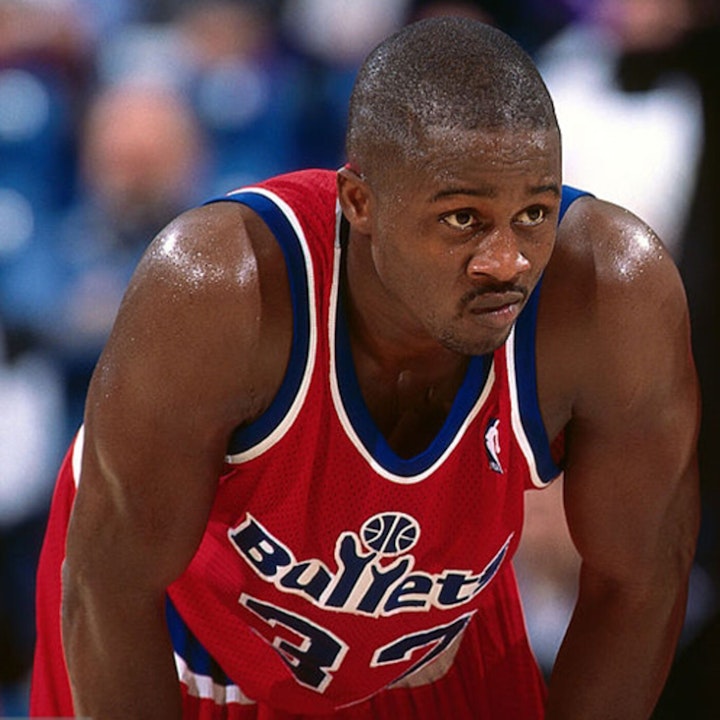 Mitchell reflects on his outstanding high school career. From 1987 to 1989, he was named the Southern Section Small Schools Division, Player of the Year. In 1988, he led Oakwood to the (Liberty League) Division Championship, notching an astonishing 47 points, 19 rebounds, 4 steals and 2 blocks, in his team's 61-60 victory. We talk about his 1988 quarterfinal game, where he tallied a staggering 50, of his team’s 55 points, in an eight-point win (55-47).

In November of 1988 – in the early-signing period ahead of his senior year at high school - Mitchell signed a letter of intent with the UCLA Bruins. He discusses how heavily he was recruited and what led him to ultimately choose the Bruins.

At the time of recording our conversation, Mitchell ranked sixth all-time, in total games played (130) for the UCLA Bruins. Whilst researching for our chat, I discovered that in the last warm-up game (November, 1989) prior to his freshman season, Butler's Bruins played against my fellow countrymen, the Australian Boomers. UCLA defeated the Aussies, 80-68, at Pauley Pavilion.

Mitchell played in the NCAA Tournament, in each of his four seasons. We chat about his freshman campaign, where he made it to the Sweet Sixteen, against Duke - the eventual National Finalists (who lost to UNLV). As a sophomore, Butler started almost every game, before the Bruins were upset by Penn State in the first round of the NCAA Tournament. We discuss how close Mitchell came to transferring from UCLA after that second season. UCLA made it to the Elite Eight, in 1992, before losing out to Calbert Cheaney and his Indiana Hoosiers. Though it was a disappointing end to the season, Mitchell won his team's Player Improvement Award, due to his all-around play and positive mental attitude. As a senior, he was named team captain and also enjoyed (arguably) his best season as a Bruin, with 9.5 points, 5.3 rebounds and 2.3 assists per game. We cover UCLA's near-upset of Michigan's Fab Five, in a classic, second-round overtime game, in the 1993 NCAA Tournament.

We talk about the circumstances behind Mitchell being overlooked on (1993) draft day, and how he made his way into the league, in the months that followed.

Individually, Mitchell's best NBA seasons were his first two years in the league, averaging almost eight points and three rebounds, in just 19 minutes per game. We cover his first stint with Washington and also, his links to Australian legend - and former podcast guest - Andrew Gaze. Butler twice scored an NBA-career high of 26 points. Mitchell describes the feeling of being 'on fire'.

Thanks to a tip-off from great friend of the podcast, Jim McIlvaine, I ask Mitchell about his