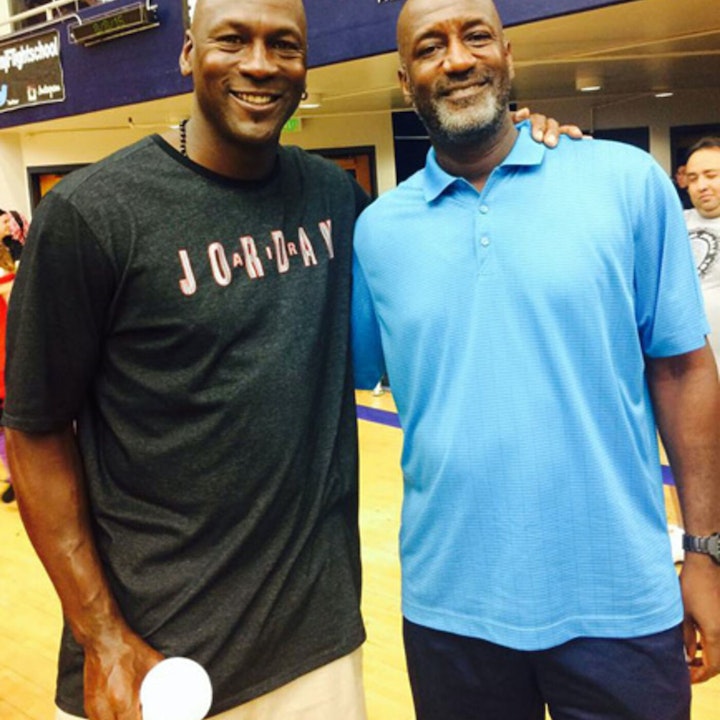 High School All-American, NIT Champion, Film Producer & Actor, Nigel Miguel. As a child, Nigel moved from Central America to California. We talk about his role models as a youngster, before transitioning into his high-school career, where, as a senior, he led his team to a 19-5 record, en route to winning the Del Rey League Championship. He was named a 1981 McDonald’s All-American, in the famous class that included Michael Jordan, Patrick Ewing and Chris Mullin. He discusses the tremendous opportunities that afforded him, including a crucial role in the USA’s gold-medal win at the 1981 Albert Schweitzer Tournament (often referred to as the Mini-Basketball World Cup, or Junior Olympics).

Nigel played four seasons at UCLA. As a freshman, he was teammates with future Utah Jazz great – and friend of the show – Mark Eaton. In his sophomore season, Nigel’s Bruins made it the NCAA Tournament. He talks about the joy of making it to the tournament, coupled with the disappointment of a first-game exit.

In his junior and senior years, Nigel paired with all-time great, Reggie Miller. Prior to his last season with the team, Walt Hazzard – a player on John Wooden’s first NCAA Championship team – took the helm as UCLA coach. We discuss his lasting impact on Nigel and the team.. Miguel ended his Bruins career in style, scoring an equal game-high, 18 points, as UCLA won the 1985 NIT Championship, at the famed Madison Square Garden.

We talk about the lead-up to the 1985 NBA Draft, including team interviews that Nigel undertook, and, his one-on-one workout with the legendary Jerry West, on the court at the Great Western Forum.

After being the last player cut from the New Jersey Nets’ training camp, Nigel signed with Wisconsin’s new CBA franchise, the La Crosse Catbirds. He talks about his fondness for that season, where he was named to the league’s All-Rookie team, averaging more than 17 points per game. Miguel was runner-up to future NBA All-Star, Michael Adams, for Rookie of the Year. The Catbirds made it to the 1986 CBA Championship series, before losing out to (former podcast guest) Ed Nealy and his Tampa Bay Thrillers.

Continued interest from the New Jersey Nets (and L.A. Lakers), led to Nigel’s return to (Nets) training camp, in anticipation of a roster spot for the 1986-87 NBA season. He talks about the seemingly-innocuous ‘tweak’ of his ankle, during a lead-up game. That quickly led to an inner-monologue: “My foot is on the ground…but I don’t feel anything”. He’d fractured his heel bone and damaged his Achilles tendon.

NBA veteran, Buck Williams, helped Nigel put his injury into context – offering suggestions on how to overcome the disappointment of having his professional career, seemingly reach an abrupt end.