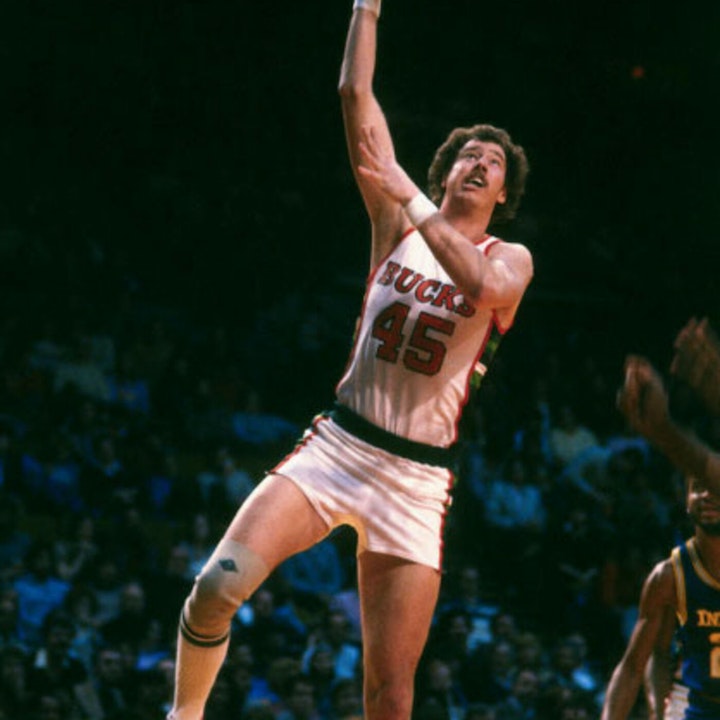 Milwaukee Bucks’ cult hero, Paul Mokeski, discusses his life in basketball. As a youngster – whilst not always comfortable in his surroundings – Paul found his calling in basketball. A burgeoning star at Encino’s Crespi Carmelite High School, he was recruited by countless colleges – some went to extremes to land his signature. However, Paul’s family (his father played college basketball) offered strong guidance and he ultimately decided to attend Kansas University. There, he challenged himself and began to thrive; on-and-off the court. He made new friends and would also meet his future wife.

Mokeski was selected by the Houston Rockets in the 1979 NBA Draft. As a rookie, he was a back-up to MVP-era Moses Malone. Paul discusses the impact that Moses had on his career and shares some fantastic stories about Malone along the way.

After two 10-day contracts with the Milwaukee Bucks, Paul signed a deal in January, 1983, for the rest of the season. At the time, Milwaukee were back-to-back Central Division champions and would go on to win the division an incredible six-straight years. Paul was a key member of the Bucks and played six-full seasons with arguably the best team to not make an NBA Finals during the 1980s.

Prior to the 1991 season, Paul took part in the San Antonio Spurs’ training camp. In mid-January, Mokeski reached out to his former coach, Don Nelson, who was leading the Golden State Warriors. Paul shares the unique story of how he would earn a place on the roster for the rest of that year. This happened to be the second – and last – season of the iconic trio, Run TMC: Tim Hardaway, Mitch Richmond and Chris Mullin.

Following the 1991 season, Paul and his family briefly ventured overseas, before he returned to the USA and took the role of player / coach with the Quad City Thunder of the Continental Basketball Association. What followed – and has continued for more than 25 years – is a coaching and scouting career that is as varied as it is interesting.

A big thanks to great friend of the show, Jim McIlvaine, who mentioned my podcast to Paul and helped us connect.

[as an Amazon Associate / Booktopia Affiliate, Adam earns from qualifying purchases - you'll be supporting his podcast at no extr