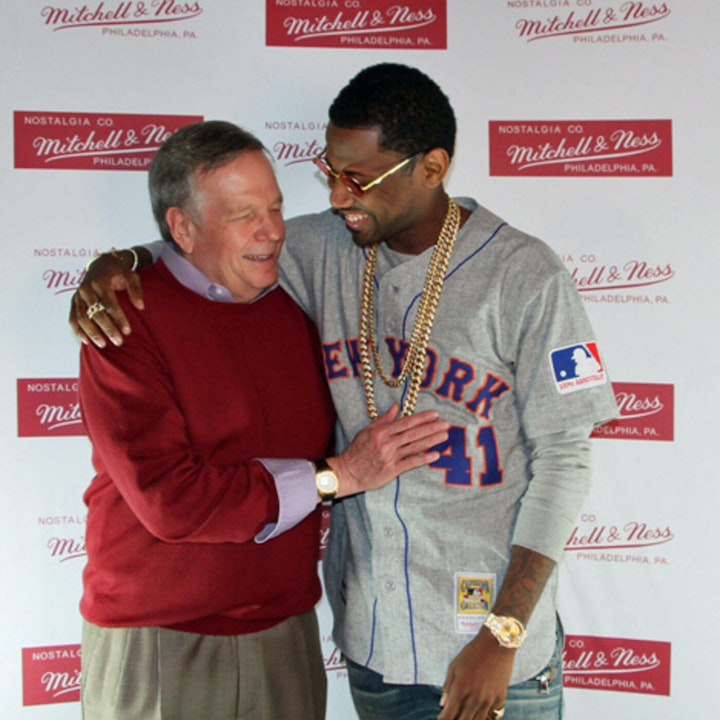 We talk about Peter's family and its relationship to sports. Peter's father, Sisto - later renamed James, by original founders, Frank Mitchell and Charles Ness - began work with Mitchell & Ness (1917), at just 13 years of age. In the early 1950s, Sisto purchased the business, bringing Peter into the fold.

Peter describes the meticulous research conducted, allowing Mitchell & Ness to produce such high quality, throwback uniforms. Countless hours were spent, combing through archival newspapers, visiting libraries, museums and numerous sporting halls of fame. We discuss the advances in technology and its impact on how the business manufactured apparel.

In 1998, Peter was asked to recreate the history of the NBA (Hardwood Classics), as he had done with MLB's Cooperstown Collection. Peter discusses how he obtained licences for each professional league (including the NFL and NHL), allowing him to produce historically-accurate uniforms.

Just before the turn of the millennium, Mitchell & Ness Nostalgia Company's profile exploded, thanks is large part to links with hip-hop and rap artists. Peter shares some stories about Big Boi and André 3000 (Outkast), plus the classic background behind the improbable link between one of his favorite footballers, Sammy Baugh, and Jay Z.

Peter also elaborates on the deal he struck with Michael Jordan, getting the licence and exclusive rights to reproduce MJ's Chicago Bulls jerseys.

Peter sold Mitchell & Ness Nostalgia Company to Adidas, in 2008 - continuing to work for them, a further four years - and still consults with the company today. This conversation is a must-listen for fans of any major-league sport.

Editor's note: sign-up for the monthly newsletter - receive exclusive details on upcoming podcast episodes and future, high-profile guests to appear on the show.