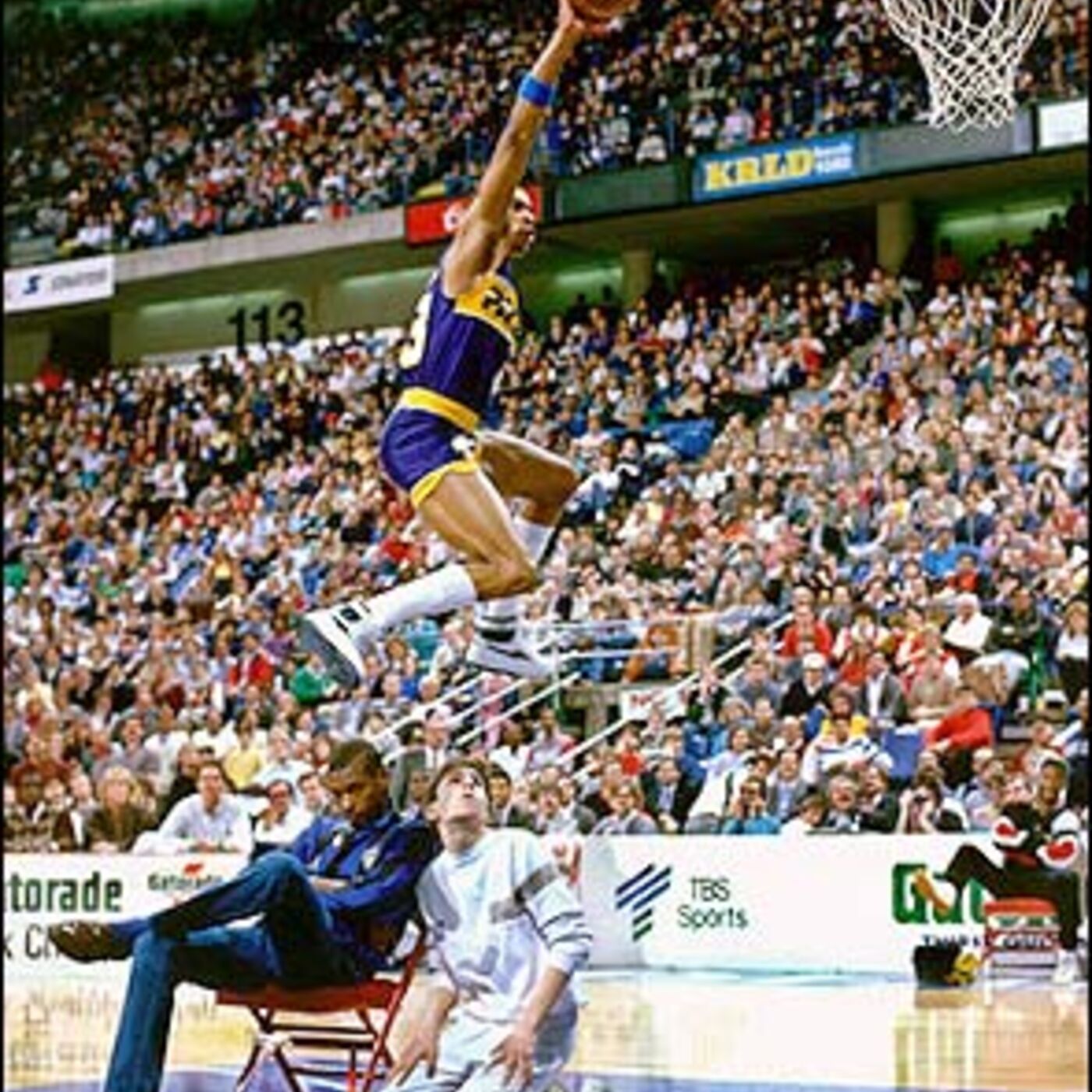 We discuss the unique origin of Terence’s high school basketball career. He mentions some of the players he admired, including Julius Erving, Walt Frazier, Pete Maravich, Wilt Chamberlain and Joe Bryant.

Terence starred at Temple, leading his Owls to the 1984 NCAA Tournament. At that Tourney, he hit a game-winning buzzer-beater, to defeat the might of St. John’s, led by Chris Mullin, Bill Wennington & Mark Jackson. That victory setup the last game of Terence’s college career, against Michael Jordan and the North Carolina Tar Heels. We discuss both games – the latter, Stansbury more than held his own, against Jordan.

Stansbury trialed for Team USA’s 1983 Pan-American Games squad, then, in 1984, was one of the select group, invited to participate in Team USA’s Olympic Trials. Terence details great moments from both experiences, including his first (in person) meeting with Charles Barkley and rooming with another future Hall of Famer, John Stockton.

We chat about the famous 1984 NBA Draft, where the Dallas Mavericks selected Terence with the 15th overall pick. We cover his brief, yet intriguing, tenure with the Mavs, before the trade that sent him to the Indiana Pacers, where he played two of his three NBA seasons.

One of the Google searches that I did, whilst researching Terence’s career, led to this photo of Paul Mokeski. As luck would have it, there’s a classic story behind this, that began with a foul, and ended, many years later, close to five thousand miles away.

Terence remembers former teammate, Dwayne McClain, a guy with links to my home country of Australia. They were teammates during the 1986 NBA season. The ‘D-Train’ was a standout at Villanova University, later, starring in the National Basketball League.

It’s impossible to chat with Terence Stansbury and not talk about his three-consecutive, third-place finishes in the Slam Dunk Competition (1985 | 1986 | 1987). I ask Terence about the origin of his famous ‘Statue of Liberty 360′ jam and the involvement of his family and friends, in the 1985 and 1986 contests, particularly.

We also discuss the circumstances behind Terence’s trade to Seattle. After the 1987 season, Terence briefly played in the Continental Basketball Association, before being presented with an opportunity to play in Europe (early 1988). From there, he played at the highest level, traveling to places such as Holland, Belgium, France – where he’s a member of the Basketball Hall of Fame – Israel and Greece.

We round out the conversation by covering Terence’s current-day involvement with basketball.